A greenhouse gass is killing off the world's coral by turning the oceans into an acid bath. >

Talk of the Nation, January 25, 2008 - A satellite observatory designed to map the carbon dioxide in the Earth's atmosphere will be launched in 2009. > 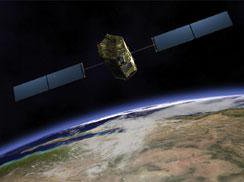 The "Carbon Club" began meeting on Fridays about a decade ago, setting up shop in whatever spare meeting places it could find at the Jet Propulsion Laboratory in Pasadena, California. Read more of the article written by Amanda Haag which appears in the... > 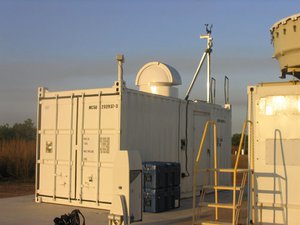 On August 18, after a 42-day journey from the California Institute of Technology campus in Pasadena, CA, USA, the first of the OCO mission's Fourier transform spectrometer (FTS) mobile laboratories arrived in Darwin, Australia. > 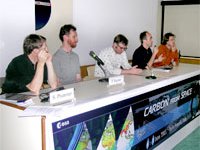 Follow the carbon - this is the mantra of researchers seeking to understand climate change and forecast its likely extent. A workshop heard how improved detection of heat-trapping carbon dioxide from space promises to revolutionise carbon cycle... > 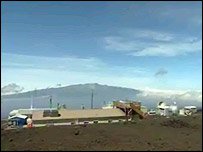 Data from the National Oceanic and Atmospheric Administration (NOAA), in the US, show that carbon dioxide concentrations in the atmosphere increased yet again in the last year. They are now up at 378 ppm. >

Rising levels of carbon dioxide in the atmosphere could make rice and wheat grow faster but be less nutritious, say Chinese scientists. The impact on agriculture could be profound. > 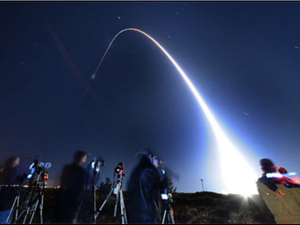 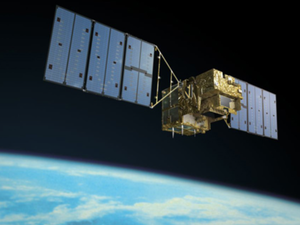 A Japanese satellite launched in late January to map carbon dioxide and methane – two common gases that contribute to global warming – will be able to complete its mission as planned despite the unexpected loss of a complementary NASA satellite to a Feb. 24 launch mishap. >
<< Previous 1 ... 5 6 7 8 9